Showing posts from June, 2019
Show all

The cherapungee of South India: Agumbe 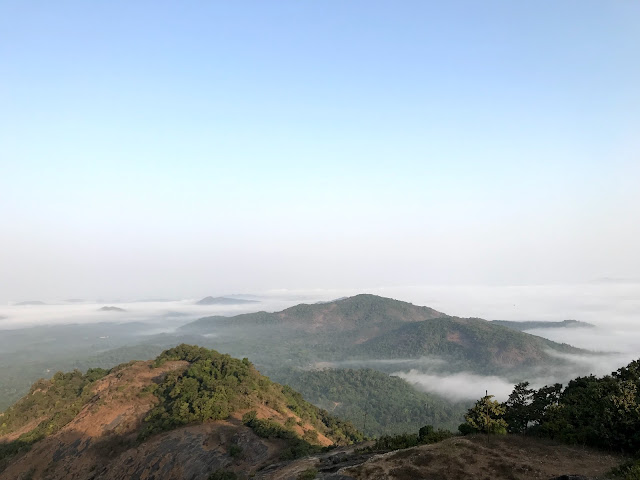 Agumbe is a tiny  hilly  village  situated at the Western Ghat in Karnataka , a state of India. It is famous for the highest record of rainfall with a mean average of 7000 to 8000 mm in Southern India, which is accredited as the second highest in India after Cherrapunji that's why this  village  is called as 'the cherapungee of South India' .  Agumbe is flamboyant and surrounded by rich dense biodiversity, various types of rare medicinal plants are available here as well. The cloud and greenery are playing with the hills in front of the blue canvas @ morning around 5:15 o'clock.  The dense thickness of the rain forest, topography of the area and conducive weather conditions have made Agumbe a hotspot for the longest and one of the most venomous snakes in the world, the King Cobra .  The renowned herpetologist,  Romulus Whitaker  called  Agumbe  as the  capital of King Cobra .  The  Agumbe Rainforest Research Station  (ARRS) which is the
1 comment
Read more 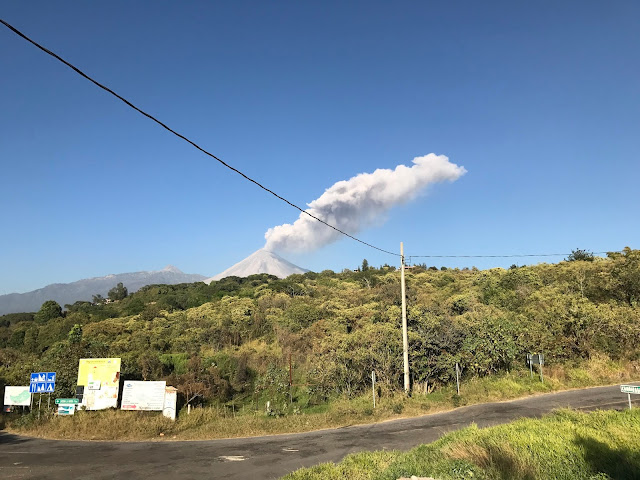 It was my immense  happiness  to see the marvellous natural beauty. Really I haven't expected that I could view this phenomenon. Firstly at school level from  geography book I get to know about the ' volcano ', there was no internet that time so was not able to acquire more knowledge about volcano and lava. I had seen lots of movies on volcanic activities and  based on that created some  imaginations. When I moved to Guadalajara on Jan'2017 and during my  exploration of  city and surrounding places I have noticed the explosion of   Volcán de Colima aka Volcán de Fuego  from the social media and local news paper. So, I decided to  experience  that.  Guadalajara is the capital of Mexican state Jalisco . I will state more about  Guadalajara in Foot Prints tab. Though I have seen only the emerging plumes of the volcanic hill from its base @Colima. In 2018  a webcam was installed close to the volcano and volcanic activity can be seen in real time.  In r
Post a Comment
Read more 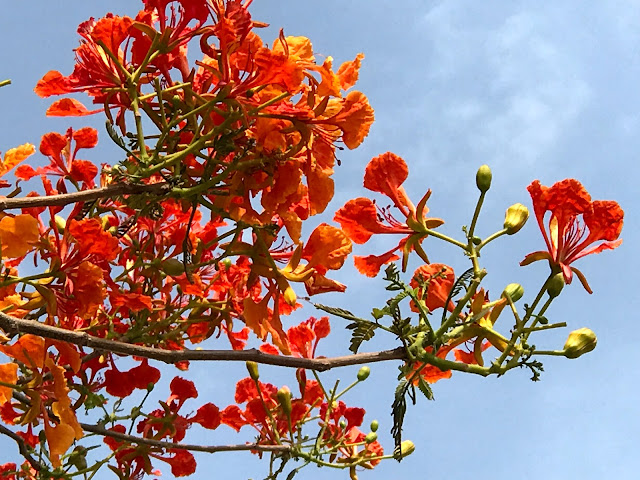 Flame of the forest or flamboyant, the bright colour of flowers growing as ornamental tree in many tropical areas of the world.  It is endemic to dry forest of Madagascar but now introduced into tropical/sub-tropical regions. In  Bengali  the flowers called as Krishnachura . The Gulmohor  in Alephata way to Nasik from Pune, beside NH 60. Some kinda Natural dyes are products of this flowers petal. Significance of red color: in Kerala it is believed that when Jesus was crucified there was a small tree  near to the cross  and the blood of Jesus was shed over the flowers  and that's why the flowers got the bright red colour.
1 comment
Read more 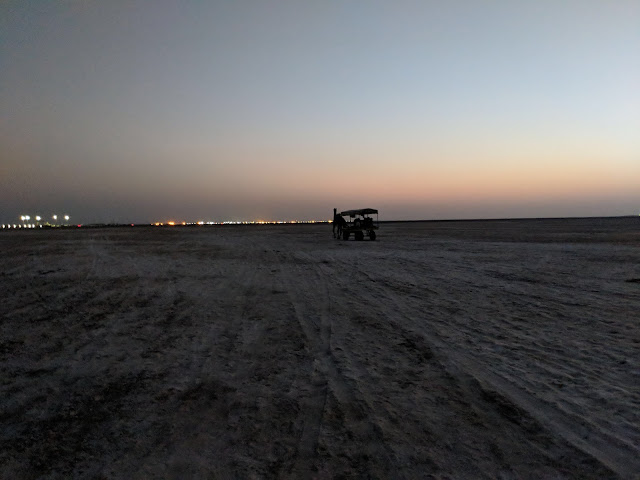 Actually colours are playing here @White Rann, Kutch a district of Gujarat, India. The  multicolour hued  natural beauty  reflect a marvellous  kaleidoscopic view of  White Rann in this festive which continued from November to third week of February each year.  The What Rann is the salt desert of Kutch. The surface is too hard to press or break. The nature used to paint on this white canvas with the light of Sun and Moon. Kutch is blessed with profusion beauty of nature and it is rich in varieties of ecosystems including the mangroves, desert plants and wildlife. This land is ecologically important for epidemic and endangered animals and plants. The Panoramic view of White Rann, Kutch.  The history of founding the Rann Utsav is also dramatic. There are some stories about this that long ago our Prime Minister had a vision of the  full moon  view on this white salt desert which was displaying a look alike diamond droplets on earth. No doubt it is a great step towards
4 comments
Read more
More posts

amazing_am_a_zone
I am always in Roaming mood. I like to spend time in villages of any country..wanna visit and experience the each nooks of world.

Popular posts from this blog 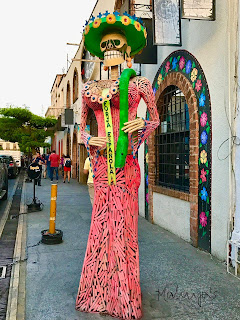 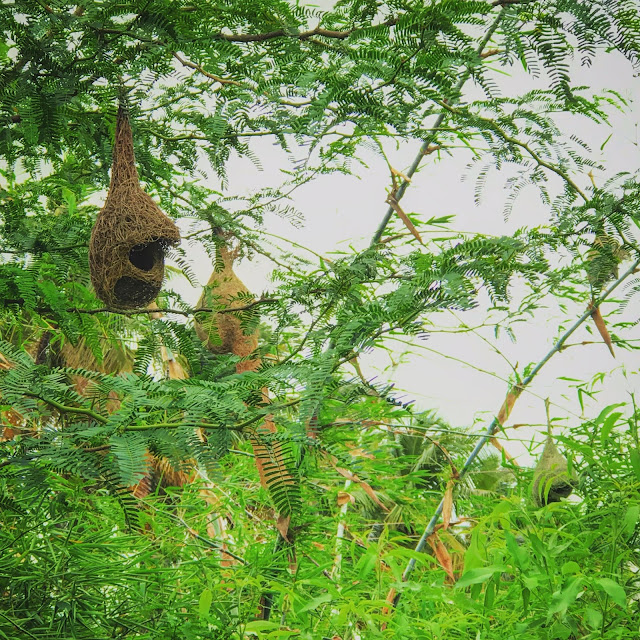 Once upon a time huge number of retort-shaped Babui’s nests were hanged from the coconut trees of my home. The small sparrow type gregarious bird commonly known as Baya Weaver but in Bengali we called them as “ Babui pakhi " . These birds are famous for the elaborately woven nests   hanging from tree's twig. The colour of  both male and female  birds is grey but during their breeding season the male becomes yellow in colour with a crown.  I spent some time in my childhood to explore the type and stage of the nest, the weaving process of the nest by the birds and now I realise those moments  were really worthy .  It was really an excellent experience to exploring the phase of the nest. Even I used to collect the abandoned, broken or old nest when those were dropped off to the ground.  The awesome nests mostly can be found in villages not in the cities, specially in India. Nowadays it's rare to see them due to lot of man made changes... recently I went to Bag
Read more

Rompope: an eggnog drink of Mexico 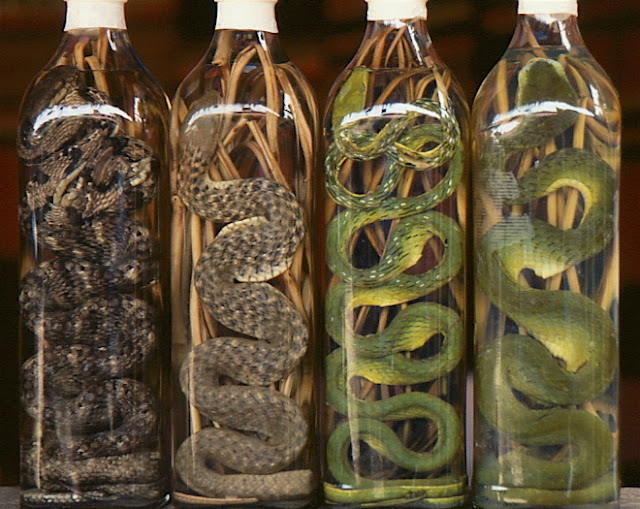 There is city called Tlaquepaque, in Mexican state Jalisco. One of the happening city in Mexico I had been visited so far. I went there so many times, specially in weekends. Near the downtown of the city you will get some alcohol & beverage shops where mainly the Mexican drinks are available.   The famous tequila of different colours,  tequila con vibora, mezcal, scorpion tequila, mezcal with worms, some local brand of whisky and many more. Nuestros dulces is that kind of shop in Tlaquepaque, where several varieties of Mexican alcohol used to sale. The bottles of those alcoholic drinks mainly tequila are too decorative and innovative.  One day, suddenly I noticed a long queue in front of a particular counter inside the shop. I got curiosity so,  step in the queue and when I reached to the counter I got a small quantity of off-white coloured drink to have taste.  Its was really an awesome drink, called  Rompope . Then I bought a bottle of that drin
Read more